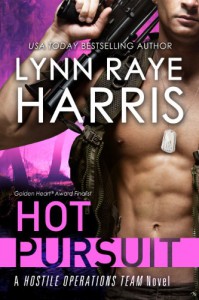 I only touched on this book because it was free, I'm so glad that I spend no money on it. It started out solid and then it dissolved into stupidity about 25% of the way in.

Evie and Matt are childhood friends who had sex in their teenage years and he was an asshole about it afterwards, bragged to all the boys in their small town how she was really easy. Right off the bat I hated on this asshole, especially since he feels its perfectly okay to say he is sorry and then try to seduce Evie again. Evie constantly tells herself that she can handle meaningless sex with Matt but she is kidding herself because the moment they have sex and he retreats  emotionally, tells her right after that he can't give her anymore than sex, she is angry.

What was she expecting?

He repeatedly told her he wanted a passing affair and she accepted but when he showed his true asshole colors again she is upset. Evie is a terribly insecure young woman with low self steem, while her mother doesn't have a big role in the book it is implied that she is an neglectful parent and Evie feels responsible for her teenage sister when it is her mother's responsibility to provide Sarah with a stable home life. Matt has a distant self absorbed father who neglected his children after Matt's mother died and marry crazy women who could never mother his young children. Matt is so divorce from his emotions that he sees using Evie for sex, and to 'feel' something, a perfectly reasonable thing to do even though he broke her heart like an afterthought when they where teenagers.

It doesn't feel like Matt and Evie are in love with each other but more like they have history. They are so deeply damaged that they can't have a normal relationship with anyone so their history and chemistry feels like love when its not. Their relationship is toxic because Matt can't open himself emotionally to Evie and is always hurting her by having sex and then telling her he can give her love. Evie keeps saying that she can deal with it but the truth is that she craves love and Matt is the sum of all her teenage fantasies that's why she feels like she loves him.

The prose ruminated too much and Matt and Evie had the same argument worded differently each and every time they talk. I got bore with it.