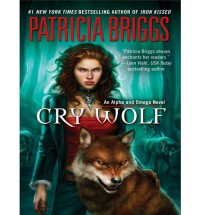 This is so fucking annoying but I just... don't give a fuck.

Every character is heavily into the drama llama in this book, everyone bemoans the hand they been dealt with in life. I don't want to brush off Anna's reason for being gloomy as she was gang rape many times but I just felt that it was there to add drama and not enhanced the story. It also made of Anna a very sad, very depress main character who is supposedly special for no previously established reason.

The main romantic relationship is never developed since the author just sees fit to dump you into the middle of everything that is happening. It is annoying because it forces you to sort out the events that happened off screen on your own as well as the romantic relationship. I honestly felt like I had missed 200+ pages of the book and I had to work hard to convinced my brain that indeed this was the actual beginning of the series and I just don't feel a connection between Anna and Charles.

Anyway, Anna gets taken away from the abusive packed she was in and when she gets to her home new the reader is thrown in the middle of a funeral for a character  we know nothing of and therefore gives no shit if they are dead or alive no matter the circumstances of his death. We have to swallow all the eulogies and tears of relatives and I just gave no fucks because I didn't know this dead literary character.

I am just so upset. I tried her Mercy Thompson series and I hated its guts. I just can't seem to like any of Briggs books.