None of this was kinky AT ALL! 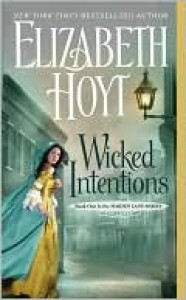 The silliness is overwhelming.

Seriously, we get this heroine who self flagellates for wanting sex (I wish that where literally, then it would be interesting) a weird, cold and unfeeling fish of a hero who likes to tie women during sex and then have plain, vanilla sex with them. He thinks he is a degenerate.

The author tries to make this a big deal and dark, and forbidden, but unless he is asking to be whipped until he bleeds or wants penetration I classify his "proclivities" as pretty vanilla and run of the mill.

Temperance, whose real, actual sin is naming all the poor orphan children she cares for Mary something or Joseph something, think herself a slut because she wants sex as often as she can get it and has being doing penance for cheating on her cold fish of a husband once every blue moon. I think cheating is wrong, very wrong but this author crosses the line of making it wrong to downright melodrama.

The supposed dark and kinky sex between Lazarus and supposedly whorish Temperance turns out to be plain vanilla sex with at one time her riding him. Also at the end of the book she asks him to full out to have his "devious and sick" way with her and tie her up to the bedpost, blindfold her and proceed with very vanilla sex. I was expecting Temperance to ask for spanking, biting, hair pulling, hard slapping sex but we got none of the above.

Please, if you are going to write a book where the characters want kinky sex at least make sure it delivers.