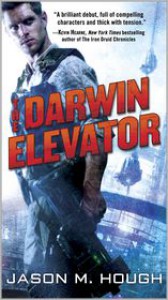 When I was a little girl, this was some time ago, and I turned on the TV, all the shows where populated with male heroes who wielded swords and guns and always, always, always saved a woman who was in distress. Even at a young age this made me angry. I wanted the girl to get up, picked up a gun and shoot the assholes holding her hostage in the nuts. I wanted her to pick up a sword and chop off the dick of the males abusing her.

One of the first movies I was addicted, and I say that word quite literally, was Star Wars; The Return of the Jedi, because Princess Leia was in it and she shot a gun and did reckless things few women in fiction where allowed to. I also watched, in the early 90's, the cult movie Red Sonja. It wasn't great, and still isn't a very good movie, but it has a female lead who got up and spit the adversities of life in the face, picked up a sword and decided no one else would ever walk all over her again.

She fought against men, she intimidated them and was the main lead in a movie. I wanted to be like her, I wanted to watch more movies like that. I later also got into watching Sailor Moon and I loved it, here was teenage girls fighting monsters and saving the world. And then, when I turned 14 years old, Mulan, produced by Disney, came along. Here was one more story about a girl who chose her own path, fought for her own place, had the courage to pick up a sword and face death if necessary.

Many years have pass since I was a little girl but I still find that the Sci-fi and Fantasy genre is still overly populated by men, men who fight, men who rule, men who save helpless females. I have to actively hunt down the series with female leads in them and even then the goods ones are few and far in between. Because most of the time the female leads are all in the romance section of the bookstore.

I want to read about female characters and their struggles, I am tire of picking up book after book only to realized, that 10 out of 1, I will find a man as the protagonist and the woman relegated to the backdrop. And this is my beef with this book, I would have wanted to read it to the end if a woman had been the lead, in fact I think it would have succeeded  in the ratings if the lead had been a woman.

As it stands, because the lead is once more the male hero standard, I just cannot muster the energy to read it.